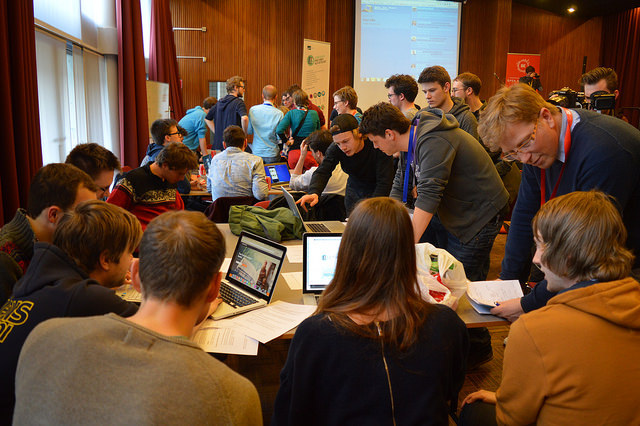 When we started out with open data seven years ago “the Hackathon” was the mythical wondertool where all the magic was supposed to happen.

Branded as ‘apps for Ghent’ we organized this every year on the third Saturday of March.

At the same time there were a lot of critical questions regarding the benefits of Hackathons. It didn’t yield any feasible results, how many versions of a toiletfinder can you invent, it is form of free consultancy, … All valid points.

So, why do we still persist in Ghent, and are preparing our seventh edition?

The topics raised in the broad domain of open data shifted in the last five years from a strong local perspective to a more global, principal one. Global players like CKAN, the World Bank and yes, Open Knowledge created awareness, momentum and credibility to the Open Data movement. Which is great.

At the same time I felt that the initial focus on (local) governments to open (more) data lost some of its traction. Is this bad? It doesn’t have to be, but as an employee of a local government I feel that there is a big risk here.

Open Data is a very strong principle. Recent events on the other side of the Atlantic showed that progress in this field can be overturned by night. It can be argued that the real value of open data is found in its re-use – in the broadest sense.

Be it apps, analyses, webservices, datavisualisations, … the fact that other parties than the provider have access and the right to achieve their own goals with your data is a game changer.

But this is a process. Year after year we saw how student-participants are working in IT companies seven years later. And guess what? They still remember their Hackathon experience. And this bring this knowledge of the ever growing amount of data-resources to their working place. This is often overlooked as a long term result of hackathons. And this is just one of the tangible results.

I’m looking forward to discussing with you all how we can re-assess hackathons, and what makes the “Apps For Ghent” series such an enjoyable one.

Much more about 'The Return of the Hackathon' during Bart's keynote session at Open Belgium. 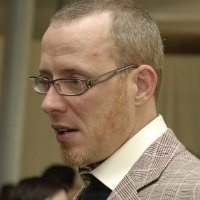